Watson coming of age for England and ‘relishing’ Fiji clash

England winger’s mother could not watch her son due to fears of him getting hurt, writes Steve James 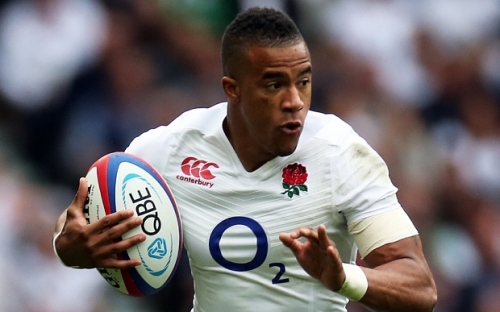 You can hardly blame Viv Watson. It is hard enough for us neutral observers to watch some of the collisions seen on today’s rugby fields. You wince and hope the combatants rise to their feet afterwards, which so often they do not do immediately.

However, imagine being a mother watching her son being battered by these behemoths. It must be hell. And that is why when Anthony Watson was younger and at his first club London Irish before moving to Bath his mother, Viv, simply could not watch. “She used to watch the games in the car in the car park at London Irish,” Watson says.

“It was wet and cold and she would read a book instead of watching the game. It was a case of her not wanting to see me get hurt and go into contact and stuff like that.”

END_OF_DOCUMENT_TOKEN_TO_BE_REPLACED

Fiji, who take on England in the opening World Cup match on Sept  18, have a long and proud tradition of producing the fastest fliers on the planet. Indeed, they are fast becoming a must-have accessory for every nation.

Other than Fiji, New Zealand (Waisake Naholo), Australia (Henry Speight) and France (Noa Nakaitaci) will field wings born on the Pacific Island in the World Cup. England might call up Semesa Rokoduguni if injury strikes, while Scotland tried to recruit Taqele Naiyaravoro for the next tournament, but lost out to Australia.

END_OF_DOCUMENT_TOKEN_TO_BE_REPLACED

As soon as I had watched Sam Burgess make his debut at Twickenham against France just under two weeks ago, I knew that he had to be in the squad for the World Cup.