Eddie Jones also said that he would be open to working with the former England coach, Clive Woodward. Photograph: Mike Egerton/PA

Eddie Jones is open to an approach about coaching England but thinks Stuart Lancaster deserves a fair review first.

The former Australia coach, who engineered Japan’s stunning upset of South Africa at the Rugby World Cup, has been touted as a candidate to replace Lancaster after England failed to qualify for the quarter-finals. Jones signed a deal to coach the Cape Town-based Stormers in Super Rugby less than two weeks ago but said becoming England’s first foreign coach was appealing.

END_OF_DOCUMENT_TOKEN_TO_BE_REPLACED

Chris Robshaw and Stuart Lancaster face the media after the clash against Australia at Twickenham. Photo: Planet Rugby

Lancaster’s good-guy persona has won him time and faith during previous lows but this is on another scale – the nightmare everyone in England has feared since December 2012 when the draw for the pools was made.

END_OF_DOCUMENT_TOKEN_TO_BE_REPLACED

Coach Stuart Lancaster’s three-quarters against Fiji average just 19 caps each, while their opposite numbers in the All Blacks are likely to boast 62 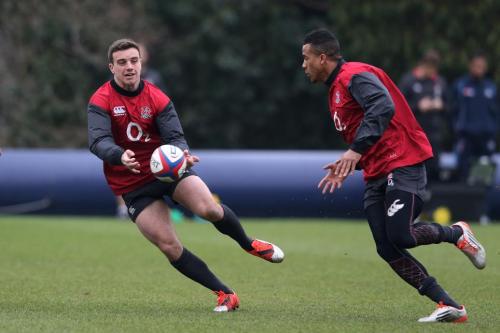 LONDON – England have selected what is expected to be the most inexperienced first-choice back line of the major teams at the Rugby World Cup 2015 for Friday’s opening game against Fiji.

Coach Stuart Lancaster on Monday announced the same starting XV that beat Ireland earlier this month in their final warm-up game for the Pool A clash at Twickenham. The only change is on the bench where hooker Rob Webber replaces Jamie George.

END_OF_DOCUMENT_TOKEN_TO_BE_REPLACED

Filed under Pool A

Lancaster to keep faith in settled side

England are poised to select the same side that beat Ireland last weekend in their Rugby World Cup opener against Fiji at Twickenham on Friday. Geoff Parling will continue at lock instead of Joe Launchbury and Tom Wood at blindside flanker ahead of James Haskell, with both having con¬tributed significantly to a much improved line out display in the 21-13 win.
Parling will call the line-outs as he did last weekend when England rectified some serious problems that had arisen in defeat in Paris against France the weekend before.
Fiji are ranked ninth in the world, so will present formidable opposition. England played their strongest starting line-up last weekend in the knowledge they would have to continue with it for the following three weekends, with Wales and Austra¬lia to come after Fiji and before their ¬final pool against Uruguay on Oct 10.
END_OF_DOCUMENT_TOKEN_TO_BE_REPLACED

The familiarity of Twickenham could be England’s 16th player. Photo: Getty Images

England’s preparations for the tournament have been mixed. A 25-20 defeat by France in Paris in August exposed problems with their lineout and discipline at the breakdown.

However, Lancaster’s side bounced back to beat Ireland 21-13 in their final warm-up game at Twickenham on Saturday, entertaining the crowd with flamboyant tries from wingers Jonny May and Anthony Watson.

END_OF_DOCUMENT_TOKEN_TO_BE_REPLACED 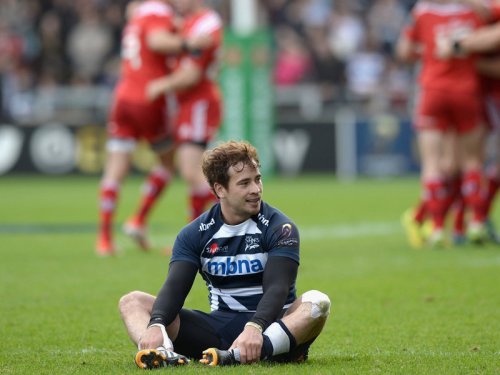 Snubbed fly-half Danny Cipriani says he will not change his habits despite being disappointed after being left out by England for November’s Tests.

The 26-year-old, who has performed well for the Sharks this season and also impressed as a replacement against New Zealand in June, was not included in Stuart Lancaster’s 33-man squad.