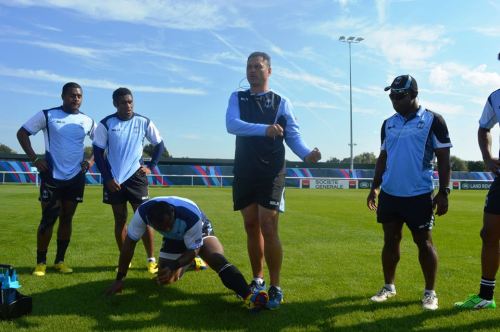 Fiji is clinging to the slim hope for a string of upsets in the congested Pool A as they prepare for their third leg of an arduous opening to the World Cup.

In the space of five days they played and lost to England and Australia and now face Wales meaning clashes with the second, third and sixth ranked sides in the world in their first three games.

“It is tough,” said assistant coach Tabai Matson, who played for Fiji in the 1999 World Cup and later played 10 games for the All Blacks.

END_OF_DOCUMENT_TOKEN_TO_BE_REPLACED 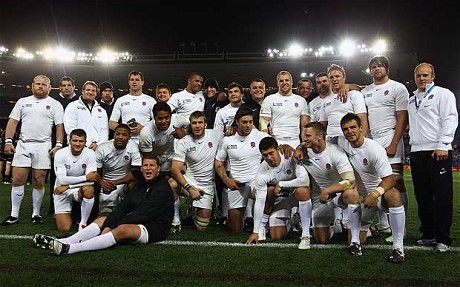 The England team is assisted by the media to intimidate referees and opposition, says columnist. Photo: Getty Images

Fifth Column: a group of secret sympathisers or supporters of an enemy that engage in espionage or sabotage within defence lines or national borders. (Merrim-Webster dictionary)

The most outrageous comment made during the phony war period leading up to the start of the 2015 Rugby World Cup on Saturday morning (AEST), with England playing Fiji at Twickenham, was Sir Clive Woodward’s accusation that South African referee Craig Joubert effectively robbed France of winning the Webb Ellis trophy in 2011.

“If I had been coach of France in that World Cup, I would still be apoplectic to this day,” Woodward told theRadio Times. “If that final had been refereed properly, France would have won.”

END_OF_DOCUMENT_TOKEN_TO_BE_REPLACED

How to beat Fiji? Bore them to death 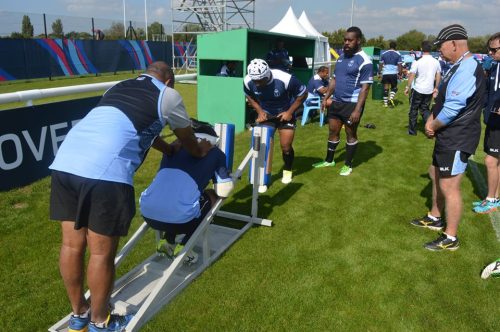 The props work on the scrum machines during training for Fiji at the London Irish Rugby Club grounds. Photo: Fiji Rugby

The Wallabies play their opening match of the Rugby World Cup against the flamboyant Fijians in Cardiff on September 23.

Ironically, it is this very flamboyancy that will bring Fiji undone.

There is no doubt that if Fiji wins their fair share of possession they can threaten any side in the world, including the Wallabies.

END_OF_DOCUMENT_TOKEN_TO_BE_REPLACED

Fiji: Running the numbers on their chances at the Rugby World Cup

It is easy to write romantically about Fijian rugby; these mysterious yet smiling gods of the running game.

They are richly endowed with talent, and their games have all the excitement of the great underdog battles, with metaphors of the David versus Goliath not uncommon. Their small islands and rugby teams are draped in culture and tradition and are as ethereal in song as they are with ball in hand alike.

END_OF_DOCUMENT_TOKEN_TO_BE_REPLACED

Jarryd Hayne’s success is bad news for the NRL

Jarryd Hayne (without helmet) in training with the 49ers. Photo: Skysports

To have the wontons to quit a successful career in the NRL, relocate to the US and succeed in making a pro football team with nothing but desire and belief is an astonishing feat.

Hayne has proved all the naysayers wrong (I was one of them) and despite the happy words from NRL HQ, the success has sent shivers down their spines.

END_OF_DOCUMENT_TOKEN_TO_BE_REPLACED 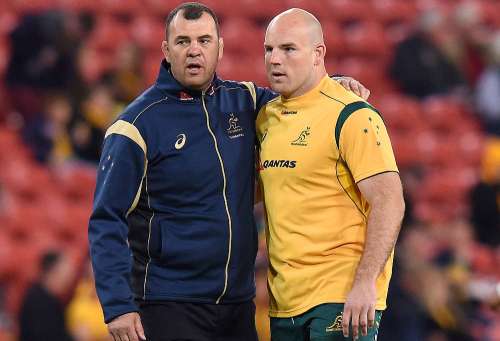 The experimentation is over, or at least it should be. With the Wallabies’ 47-10 win over the Unites States behind us, the Rugby World Cup is now front and centre.

So what did the win over the Eagles tell us?

END_OF_DOCUMENT_TOKEN_TO_BE_REPLACED

Cheika shows his hand early and comes up trumps

Henry Speight will debut against the Barbarians. Photo: Roar

New Wallaby coach Michael Cheika dealt Australian rugby a royal flush with his first cards on the table to meet the Barbarians at Twickenham on Saturday.

Naming the tireless Matt Hodgson as skipper for the opener is a masterstroke, recognising the huge season he had leading the Force.

END_OF_DOCUMENT_TOKEN_TO_BE_REPLACED

Heads must roll in Wallaby crisis 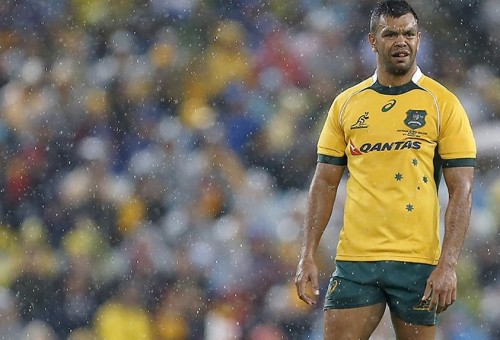 Kurtley Beale prepares for the rainy first Test against the All Blacks on August 16, 2014. Photo: LookPro

The resignation of Di Patston as the business manager of the Wallabies has escalated a in-house difficulty facing the Wallabies into the most serious crisis confronting the ARU since the introduction of professional rugby.

The alleged text message Kurtley Beale sent to teammates (and inadvertently to Patston) in June denigrated Patston in a way that absolutely requires a full inquiry, which the ARU has instigated.

END_OF_DOCUMENT_TOKEN_TO_BE_REPLACED

ROBBIE DEANS: Fed to the Lions

The domestic coaching career of Robbie Deans is without parallel in the annuals of trans-Tasman rugby.

A former All Black, Deans was the pin-up boy of the Canterbury team of his generation during a 12-year playing career.

Even greater acclaim has followed as one of the best coaches of the modern era.

END_OF_DOCUMENT_TOKEN_TO_BE_REPLACED

Tafs was a nerd in Granville High School. Photo: wikiimages

Kamikaze hooker Tatafu Polota-Nau was a schoolboy academic who excelled in chess before becoming the Wallabies’ Mr Wreckless.

Now, after nine seasons and countless serious injuries, the Tongan powerhouse believes he can produce his best, and remain on the field, by finally allowing his head to rule his big heart.