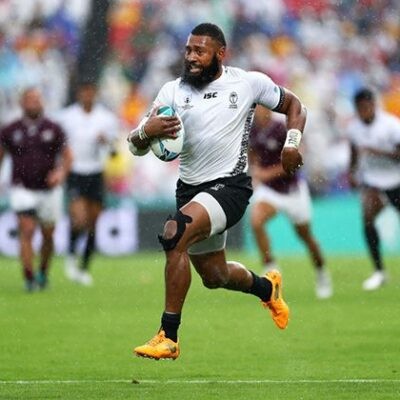 Flying Fijians outside centre Waisea Nayacalevu on the way to scoring a try against Georgia. Photo: World Rugby

If Pool D precedence is anything to go by Wales has the opportunity to knock Fiji out of the pool and the Rugby World Cup tomorrow night at the Oita Bank Dome.
Let’s take a look at the precedent set by the pool teams and the conclusion we can derive from them.
After a four day turnaround Fiji lost to Uruguay 27-30, with the South Americans first match of the tournament on Wednesday, September 25 at the Kamaishi Memorial Recovery Stadium.

Likewise Georgia after an eight day break defeated the same Uruguayans 33-7 who had a four-day turnaround which has highlighted the importance of a longer break for recuperation and rest before the next match.
Fiji after a one week break then defeated Georgia 45-10 who had to face the South Sea islanders on a four-day turnaround.
With the shorter break, it could be concluded that there is less recovery and rest for the next match which would spell disaster.

Now Fiji after a six-day turnaround faces Wales who had a 10-day break after defeating the Wallabies will therefore conclude as ritually enacted by the previous results, a win by the Six Nations champions.
Wales who is second currently on the standings with nine points will have the opportunity to leapfrog Australia who is top with 11 points; to 14 with a bonus points win.
With a close win, Wales will gain four to 13 points and still has Uruguay to play which with another win, against precedence after a four-day turnaround top Pool D.
If Wales follows the precedent and loses to Uruguay, then it will be nip and tuck with the Wallabies to top the pool and will have an easier passage in the quarterfinals with a possible candidate in France.
With second place, for both Wales and Australia, a frightful prospect with opponents England in the quarterfinals.
England who has been overhauled from the mediocre 2015 team by Australian Eddie Jones, look ominous and will trounce any team in the quarterfinals to progress.

The only team from the pool that would jump at the opportunity and have a good chance to upset the British tank is the Fijians.
Give them a glimmer of hope to get a quarter final berth and they can smash England and progress to the semi final.
But first it has to defeat Wales tomorrow and if precedence is followed, Uruguay upset Wales on Sunday.
Fiji has an opportunity of a lifetime to defeat Wales, and maul the Six Nations champion badly to be easybeats for Uruguay.
Time to pray and cheer for Fiji. 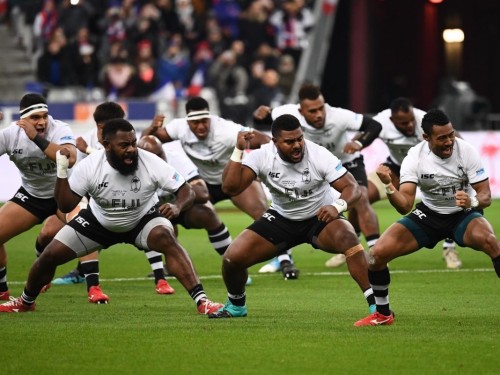