For Fiji, God is the ultimate motivation 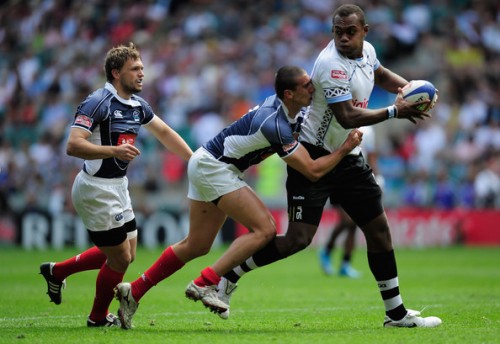 As the Rugby World Cup countdown enters the last few hours, England and Fiji are going through their final preparations. The rugby playing world will focus on Twickenham on Friday night but the Fijian players’ ultimate attention is elsewhere: on God.

When TV pundits begin their post-match analysis, keep an eye out for the Fijian team. Win or lose, they will gather to pray.

Christian Today visited the squad at their team hotel in Surrey and found that behind one of the most aggressive, physical teams in rugby, the Fijian players are united by a deeply held Christian faith.

“We don’t have the access to the financial doorways like a lot of these big teams do,” 6’4″ captain, Akapusi Qera told Christianity Today.

“But we know that there is a God that we serve and he provides for us and is there for us.” 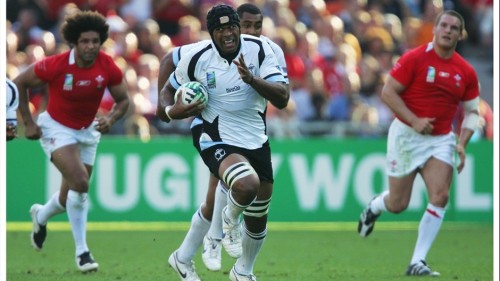 Win or lose, God is still there for us, says skipper Akapusi Qera. Photo: World Rugby

“We Fijians don’t have large facilities like other teams have,” the 6’6″ lock said. “But we know that being here is not from our strength but from God and its all God’s plan that we are here.

“Even if we lose we know that there is something bigger.”

This sense of perspective isn’t the only thing that their faith lends them. Coach John McKee is from the rugby heartland of New Zealand and said the team’s faith makes them incredibly strong as a unit.

“In terms of team building with our group, it’s very easy to build that team unity. I have had experience with other teams where a long time can be spent on team building because the players have a more individualistic outlook.”

Gentle giant: Fiji’s softly spoken second-row Nakarawa explained his personal faith means he knows God has a plan for him

“[Faith] helps keeps us together. It helps bond us as a team,” Qera said. 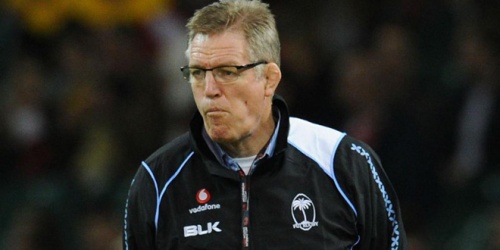 Although McKee denies that any player will be out of pocket as a result of playing for Fiji, he admitted that the “player payments are very much smaller than for Australia, England or New Zealand”.

“If it comes down to a financial decision, the player wouldn’t play for Fiji,” he said. “It is not a motivating factor for them.”

None would dare to dismiss the England side as heathen. Nevertheless, the opening match will be a game of contrasts. Although Lancaster’s England have moments of innovation, they are still a team reliant upon a strong set piece and planned moves. Fiji on the other hand have some of the most naturally talented players in the world who will play with panache and flair but lack the discipline and structure of England.

The differences extend beyond their style. The opening match is between the richest and most organised rugby unions in the world and one that has to hold fund-raising events to pay its players. The cost of a ticket on Friday night is £315 – less than the average monthly wage in Fiji.

But where salaries and lucrative sponsorship programmes may give players from larger nations that extra motivation, the Pacific Islanders seem to have a deep core love of rugby which is intertwined with their faith and dependence on God. “Christian missionaries brought religion and rugby to the islands and the two remain entwined,” said Adam Perrin, whose documentary film, Pacific Warriors, premiers this week. “Faith and rugby are a big part of who they are.”

This love of rugby is borne out in the way they play; not only with audacity and talent but with raw aggression and physicality. It is said that the average tackle in international rugby is equivalent to being hit by a car at 20mph. If that is the case then the Fijians are the HGVs of world rugby. With a population smaller than Surrey, they are minnows in terms of resources but they are giants of men.

And they have no intention of letting up when they face England in the world cup opener on Friday night.

“We’ve got best mates on the England team,” McKee said. “But as soon as we cross line on Friday, those friendships end.”

Rather than seeing their faith as a point of weakness, the players see it as their foundation and source of strength. Daily devotions are built in to their training timetable as part of their preparation.

“Personally my faith is my superpower,” the 100kg centre, Vereniki Goneva told me. “We know that our source of strength and power is from God. 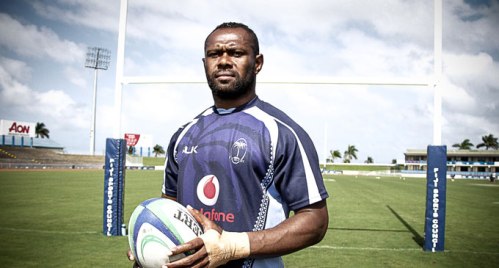 “The Christian faith is very strong in Fijian society,” McKee explained. “That reflects in the team environment. It is part of the players’ way of life. Daily they all have a prayer session which can double up as a team meeting. It is an important devotion for the players.”

It may be surprising that in such a physical sport, one of the most aggressive teams are devout believers. But it shouldn’t be. David Chawner is head of rugby union at Sports Chaplaincy UK and coordinates Engage2015 which provides resources for church outreach around the World Cup.

“The ethos of rugby lends itself to Christianity,” he said. “The RFU code is something Christians can identify with. In rugby you are not judged for what you believe. You are purely judged on how you play the game and the integrity of your character.”

“There will be a lot of Christians playing in the world cup,” he added.

Chawner isn’t the only one insisting that faith and rugby are not an odd mix. A recent report into chaplaincy by Theos found that rugby teams, especially rugby league teams, frequently have a resident chaplain.

One of those interviewed in the report, Warren Evans, chaplain to the Bradford Bulls explained that as a chaplain, he helped with the holistic care of players’ welfare. In the demanding world of professional sport, players are not only under pressure to reach peak performance in order to keep their place in the team, they are also seen as societal role models for younger fans. Chaplains like Evans often find their pastoral role enables players to offload, lending perspective to their troubles which in turn helps the players’ performance. Strong men, after all, have emotions.

Friday night’s clash will by full of contrasts but perhaps the greatest difference will be how the teams react after the game. While England will probably thank the Twickenham crowd for their raucous support, my guess is the Fijians will be offering their own thanks elsewhere.

Would they pray after the game? “Yes,” Goneva insisted. “We pray before every game and after the game as well.” Would England join them? He wasn’t sure. “Its up to them,” he said.

Whatever England choose and regardless of the result, the Fijian skipper is sure of one thing.

“We know that there is a God that we believe in,” he said. “He know he will provide and he will be there for us.

“And we know he will be there for us on Friday night,” he added with a smile.

2 responses to “For Fiji, God is the ultimate motivation”