Sevens to go to a six-day affair in Rio 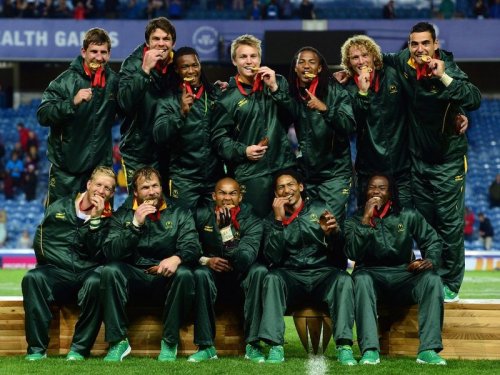 Rugby sevens’ debut at the Rio Olympics is set to be extended to a six-day event from the weekend festival that’s become commonplace at the Commonwealth Games and on the IRB world circuit.

IOC officials have advised the IRB to try to increase the visibility of their sport if they wish to ensure sevens lasts longer than the guarantee of two Olympics it’s been given so far.

That can’t be achieved if the sport is packed up and gone home after two days.

With women’s sevens to join men’s in the program for Rio, the IRB are looking at various models to keep their brand in the minds of the Olympic fraternity for longer.

Four sessions of 45,000 seat sell-outs at Glasgow’s iconic Ibrox Stadium would suggest there’s a lot more money to be made out of sevens’ party atmosphere by extending it.

But the issues are that Brazil is not known for its love of rugby and sevens could lose it’s appeal if players have longer breaks between their seven-minute matches.

“Probably the format will be stretched,” said Gosper, who also confirmed the Commonwealth Games format will likely be expanded – with women set to join the mix on the Gold Coast in 2018.

“There might be a situation where we have women’s for a few days and then the men’s after that.

“But it’s important sevens retains its integrity as a sporting event with its intensity over a short period of time.

“So we’re guaranteed two Olympics … but that’s why it’s very important we get Rio right.

“We just don’t have a second chance to make a first impression. It’s really all down to how we perform there.”

Gosper also reinforced the IRB’s wish for household names from the world of 15s international rugby to be sprinkled throughout Olympics’ debut in Rio.

However, he admitted the governing body has no power over unions to treat the concept seriously and release stars far enough out from the Games for them to adjust to sevens properly.

“We hope the unions involved will be flexible in the deployment of their policies,” he said.

“At the end of the day it’s a great dream for a player to be present at the Olympics.”